What Is Living Dance?

WHAT IS LIVING DANCE?

Living Dance International (LDI) is the most modern development in classical ballet training methods - with syllabi from Pre Dance to Advanced. It is a complete system, providing teacher training seminars, examinations, exhaustive teaching resource, networking and performance opportunities.LDI is revolutionary: It trains dancers from the inside out giving understanding of core muscle groups from the earliest age. It trains dancers’ expressive abilities and imparts ‘life enhancing’ values in this expression.

Why are our teachers so equipped?

The method is a distillation of the world’s best training drawing from a rich fusion of the elements of Russian and British ballet technique, but predominantly from the French luminary of dance - Rosella Hightower, who imparted the keys to a high level of technical expertise by imparting understanding of the dynamics of the body and of movement by this unique focus.

The technique is broken down into achievable benchmarks for teachers in a specific order so foundations are built ‘line upon line’ - making it a ‘fail proof’ way to have students experience the exhilaration of excelling - regardless of body type!

Intertwined in the succinct technical instruction, is expressive and interpretive movement (20% of the syllabi).

“Emotive interpretive abilities do not lie dormant but are developed alongside the technique!

Become a Living Dance International teacher and you will never look back. Study with LDI and you progress with a poise grace and maturity beyond your age.

Living Dance is the dance of the future!”

1. The exercises are designed to guide teachers and to assist students ‘find’ the 'centre line' of their body, in any position - the basis of all freedom of movement

2. Unusual combinations often finish in an open position rather than 5th position

3. Emerging young dancers start to ‘sense’ within themselves when they are achieving the 'centre line’ or when they are a little 'off centre’. This commences the highly tuned process of ‘self correction'. This process can continue - even to the level of ‘sensing’ which part of their body is 'off centre’ and needs to be adjusted or tuned more accurately.

4. The achieving center line’ in more complex exercise, as a dancer progresses through the levels, eventually brings the dancer to the point where ‘change of weight’ from one position to another becomes ‘practically effortless’ as the dynamics of the body keep propelling them rather than sheer strength alone!

5. Total freedom of movement becomes achievable if the intricate 'centre-ing' dynamics of the body is totally focused upon and adhered to. An example of this can be observed in a spinning top. The more the top is 'centered’ the longer it spins; seeming to defy gravity while it spins and spins and spins, and all for very little initial propulsion.

6. These centre-ing concepts can be introduced to students from quite a young age, if they are not over burdened with too many other concepts – even other concepts which will, in the future, embellish their dancing but which if introduced too young will cause them to lose focus or confuse them in the 'centre-ing’ of their body.

7. This curriculum and concepts were largely inspired by Rosella Hightower’s method of teaching as taught in her “Centre de Danse Classique” (later “Centre de Danse International”) in Cannes, France. This was the 'watershed' of her teaching, from where a great body of professional dancers from all over the world have trained, retrained and benefited from her teachings. Where she 're-invented' and 'realigned' professional dancers technique to lift them to a higher plane of gravity defying ability. Maina Gielgud AO achieved this as the outstanding luminary of this process.

Read More: The Technique details - Why So Amazing! →

Lyrical movement is introduced in each classical ballet grade so dancers learn to move fluidly and emotively with the aim to express from within. We do not want students to have expression or technique imposed from without.

Inner feelings expressed naturally without artificiality - a language with no national boundaries.

We encourage our dancers to dance with their heart and soul. Our aim is not just dazzling technique!

In Living Dance International a dancer learns to use body language to communicate. Expressive interpretive dance is introduced into each grade thereby developing dramatic ability alongside technique. This develops the artistic expressive abilities which otherwise could lie dormant or under utlilised within a person.

Interpretive concepts are expressed where a dancer uses visualisation to enact various 'healthy' functions (rather than 'dysfunction') in relationships and in situations. The outcome is that of - building healthy inner concepts rather than dysfunctional imprints in the memory of the inner person of the heart. The interpretive, communicative movement sections of the curriculum, expresses ‘life skills’ or core ‘values.’

These ‘life skills’ are ‘age appropriate’ depicting, in dance, everyday situations a child would experience and timeless values, of care and responsibility. 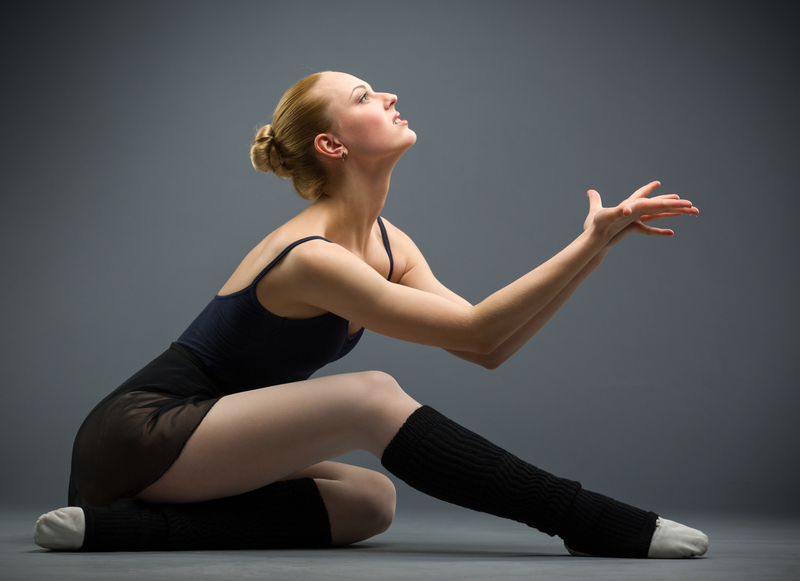 To train the body - the physical - without addressing the spirit and soul, leaves a person without meaning (meaningless is a great malady of our society) So the issues of the heart flow naturally into expressive dance language throughout the curriculum. This body language is an international language which has no language barriers.

Communities are shaped and influenced by values imparted in their culture. Our young people are bombarded with a huge choice of lifestyles, values and ‘lack of’.....

Intentional parents want to impart good values. As teachers we take our responsibility seriously. We wish to back up parents’. We want our young people to grow into responsible caring adults. Hence the saying “It takes a village to raise a child” 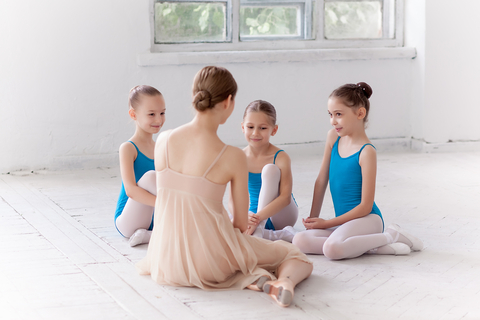 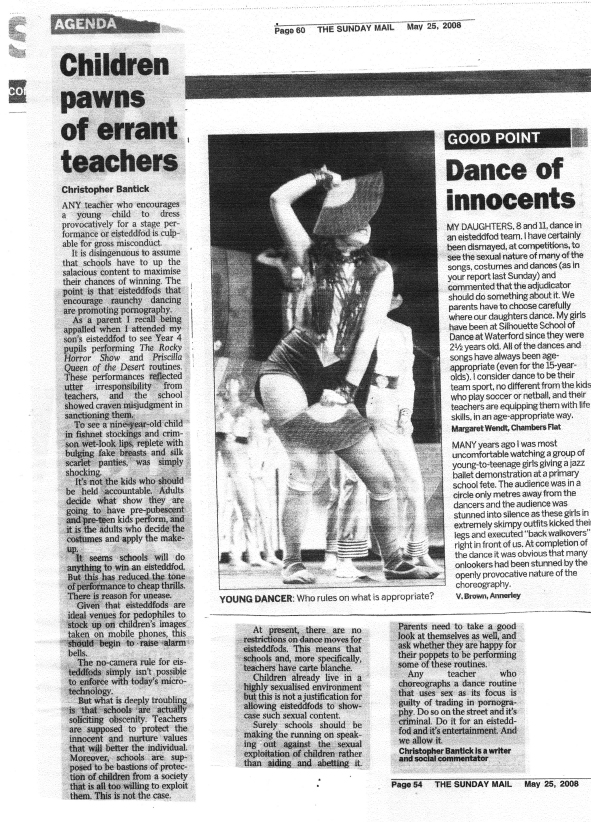 As teachers, we endevour to guard our students from criticism, comparison and the profane. We continually hear that parents and children, from families of all persuasions, love the atmosphere in our schools. They are welcome and children find they can relax and enjoy their classes. So without those pressures, students can concentrate on what is being taught.

“I have used Beth’s methods in my classes and in one term noticed the improvement! Her dancers are both expressive and strong in technique and her training methods take into account not only the physical development stages of children, but the emotional and spiritual needs of the children as well.

I would highly recommend you taking the course if you are interested in improving or gaining qualifications in ballet, jazz or contemporary.

“...but with the basic work I've been doing with the living dance curriculum (& the seminar), I think I'm coping with Advanced 2 much better because of it! - and not only found my centre line, but have finally worked out how to keep my weight over the balls of my feet!! Thank you for developing this fabulous syllabus.... I'm really looking forward to when our young ones work through the levels!"

“Wow Beth! This is amazingly helpful. I have forwarded it to all my Leaders and Board Members, and the School Director on Malta! THANK YOU, thank you!”

“I have been meaning to write and thank you for giving us so freely of your time and energy last Saturday when Margie and I travelled to Toowoomba to see you. We both enjoyed and appreciated it so much, and I personally did more than I fully realised on the day.”

During this time she, experienced first-hand Rosella’s [“Madam’s”] transforming teachings. Though many directors & dancers, who were luminaries in the dance world, visited and taught at the Centre De Dance International during her tenure at Cannes, including Béjart; Balanchine; Maya Plitzetskaya; Marcia Haydee; Patricia Wilde; Svetlana Beriosova; Eva Edokimova; Jean-Pierre Bonfous, it was Madam Hightower’s teachings which influenced her most.

Beth likens Hightower’s ability to help a dancer find the centre line of the body in all movements, to that of the centring a spinning top, creating such balance, that a dancers ability dramatically increases and is set free to spin, change weight, soar and leap, with seeming very little effort. During this time in Europe, Beth also attended the Royal Ballet School, London for 2 terms and attended London Contemporary Dance School. 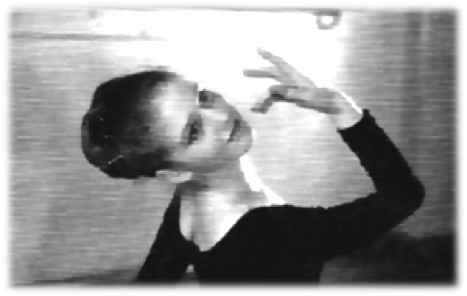 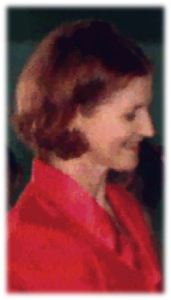 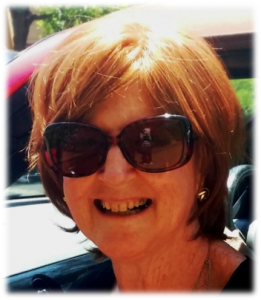 On returning to Australia she danced with Athletes & Dancers NSW; choreographed ‘After the Rain’ for the Australian Choreographic Competition; was the classical ballet tutor at Bodenweiser Dance Centre, Sydney and danced with Sydney Festival Ballet Company as senior soloist alternating the role of ‘Queen of The Willis’ with Royal Ballet’s Georgina Parkinson in Giselle.

Sydney dancer and teacher Jane Farrelly gave Beth a ballet school in French’s Forest & Belrose in Sydney. This developed into a large school called ‘Beth Bluett’s School of Classical & Modern Dance.’ Beth danced guest spots with Fusion Outreach Festivals around Australia; wrote a Christian Ballet Curriculum based predominantly on the training received in France plus expressive contemporary dance from a Biblical worldview. She opened a Christian Ballet Academy at Wahroongah, Sydney; ran a dance ministry group at Faith Centre Wahroongah, then took the ballet curriculum to Queensland where a number of schools took it on & she examined.

Beth opened her own dance school in Toowoomba Qld, which became Darling Downs School of Excellence in Dance. For 5 years Harold Collins MBE guest taught her ‘Elite’ dancers every week and partnered Beth in cameo dance roles. During this time she taught the Royal Academy of Dancing curriculum. For 12 years from 1992 Beth taught Vaganova Russian Ballet and was personally mentored by Christine Walsh AO in all aspects of this very demanding curriculum. Beth’s has produced a number of students who are dancing professionally worldwide; are dance physiotherapists; are dance teachers privately and in the education system; and are in dance ministry.

In 2004 Beth was inspired to re-open the curriculum she wrote, re-writing it in the light of her continued development & experience as a teacher & dance director. She has registered the Trademark Living Dance International and now travels to 5 continents equipping dancers to teach these curriculums. She is coordinator of ICDF’s [International Christian Dance Fellowship] Network for Dance Teachers and is invited to be on UNESCO’s Dance Council based in Paris. She resides in Sydney Australia.

Thus, Living Dance International brings to the world: a technique born of a rich heritage; a fusion of the best elements of Russian, English, and French ballet technique, drawing primarily on the sophisticated understanding of classical ballet legend Rosella Hightower.

Beth’s passion is to bring dance into a God honouring expression, so is against the commercialisation and sexualisation of children which is frequently seen. It is also to introduce the understanding of intelligent dance technique taught from the centreline line of the body out to the limbs – rather than from the extremities back to the core which is the status quo. Her third passion is to supported and mentor dance teachers. 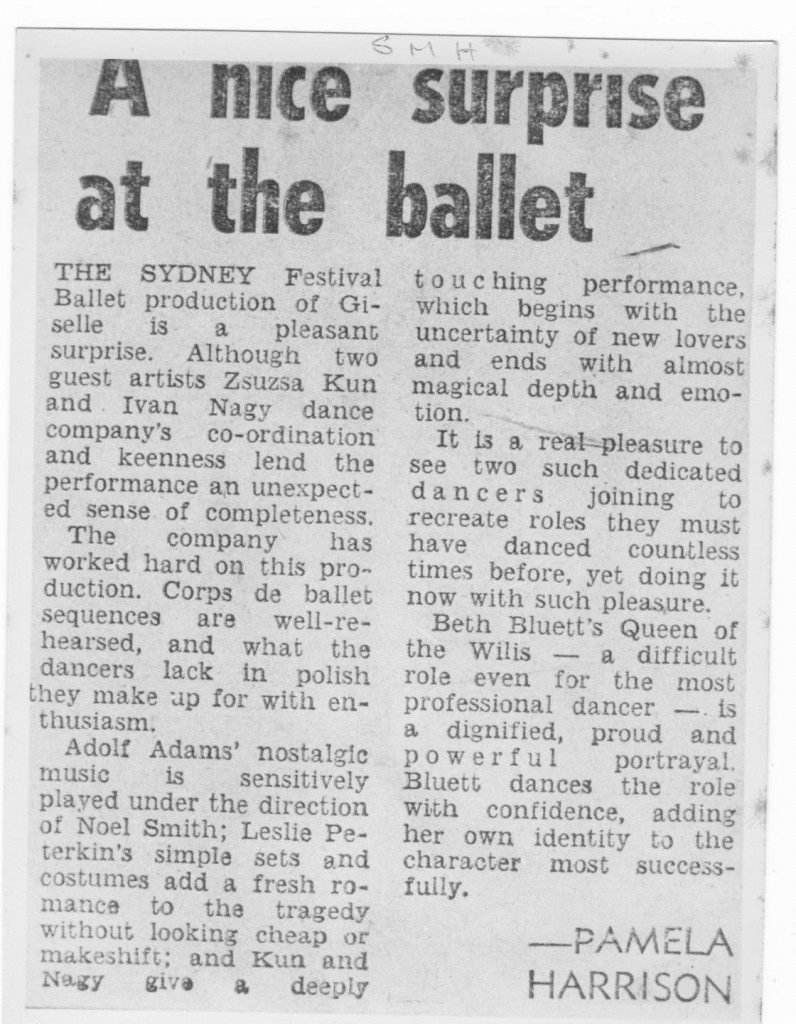