The Value of Examinations

1. Parents expect their child will progress from one degree of accomplishment to the next for each progressive year. Examinations are a good way to measure their progress.

2. Examinations give the student recognition for their effort.

3. Not every child will be ‘exam ready’ in a given year, due to a number of factors, so the teacher can select children they feel will be ready and move others up according to the situation.

4. When the child receives their examination certificate, parents feel pleased that an objective examining body has recognised their achievement.

5. Parents often will show the certificate or tell other parents about their child’s success. Other parents would like this success for their child too, as it bench mark of the child’s achievement. It builds the child’s confidence and awareness of how they are gifted.

6. Examinations guards the teacher from slipping into the habit of moving children to the next level when they are ‘fairly good’ at the current exercises. It gives both teacher and student a goal to work for excellence which they might not otherwise be focused on. 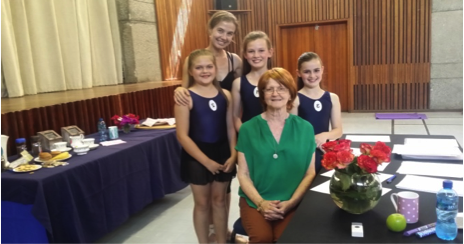 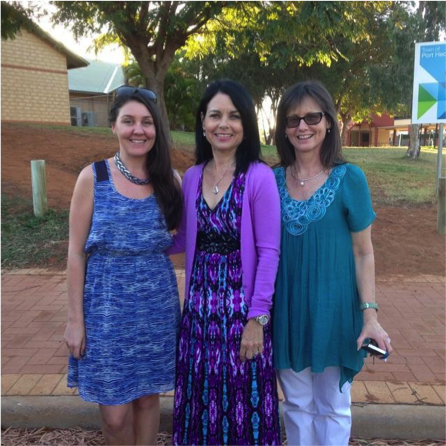 How do Examinations help Dance Schools?

7. Teachers have experienced significant growth in their school after their first examination session.

8. There is a follow-on effect where other parents ask the teacher if their child also could prepare for an exam the following year.

9. Examinations bring recognition to the school as one that truly carries out the task of teaching children to dance. Parents pay for lessons, so just having ‘dance fun’ doesn’t really warrant the respect from some parents. (This doesn’t apply to a Dance ministry which has different aims to a dance school)

10. The student and the teacher can be guided by the corrections given. This affirms the skill of the teacher as it usually indicates what the teacher has been saying to the child with their own corrections.

11. Examinations shows the parents that the teacher is prepared to let their school be acknowledged by a dance organisation.

12. It keeps children continuing in their school, longer than if the students just drifted from one level to another.

13. It is accountability to a 3rd party (examination board) which brings respect.

‘Give Honour where Honour is due’

14. Living Dance International examinations (Assessment) are basically affirmative, hence the quote ‘give honour where honour is due’. We aim to steer away from being critical where an examiner only looks for faults. We aim for examinations to give affirmation of achievement.

15. Areas of achievement are mentioned as well as recommendations of what areas need to be worked on for future examinations. Constructive ways to achieve this are often mentioned.

16. The examiner often gives a prophetic description of the child, as to how they see them emerging. This gives the child a mental picture of what they are heading towards. This can be a huge encouragement to the child.

17. ASSESSMENTS are in a class situation in the presence of the examiner with the teacher conducting the class. The teacher is able to prompt the students as in class. A report and certificate are given but students do not receive an overall grading/mark as they do in examinations. They are a good way to introduce students to an examination situation, helping them understand this is an enjoyable part of their learning experience. The cost is less.

18. EXAMINATIONS students receive a certificate & report with the accomplishment level reached (a grading). These grading are:- Pass; Pass Plus; Commended; Highly commended; and Distinction. Commended or above, it is a very good attainment. There are usually 4 students in each examination.

19. CLOSING DATE: EXAMINATION ENTRY FORM with payment to arrive at our office 1 month prior to examinations, but please liaise with us well ahead of this, so availability of examiner can established and flights booked well ahead. Teachers often book 8+ months in advance at the beginning of the dance year when they plan their dates.

21. Living Dance Intermediate Examination can be done as a performer (all exercises presented in examination); As a Choreographer (a choreographic piece of 2 minutes approx to be presented on a Christian theme/song or with a ‘life affirming’ content); or as a Teacher (several younger students to be presented at the end of the examination. The examiner will then ask the examinee to demonstrate how she (he) would teach several basic dance steps to the children—suitable to the age of the children present)

22. International payments are made via PayPal and Australian payments can be transferred to our bank account.

DVD examinations are accepted by arrangement, when an LDI examiner cannot travel to the dance school or not viable. There are a number of rules for DVD examinations which our office can supply. 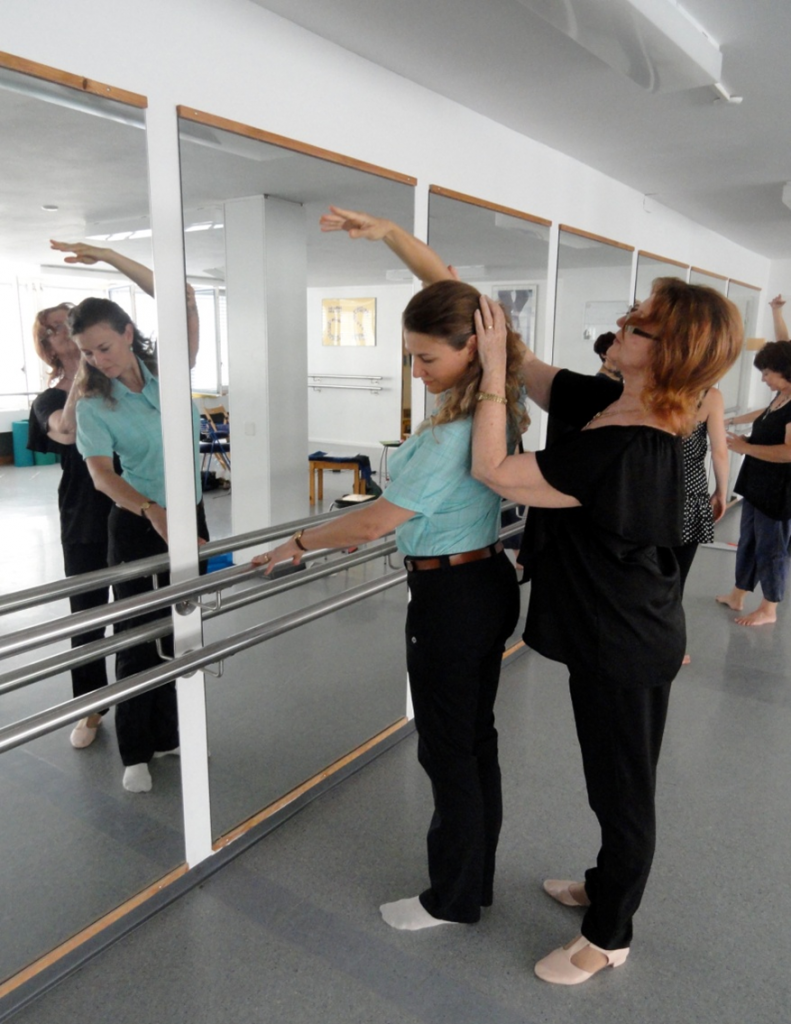 Beth Bluett’s principal dance training was with Isobel Anderson and Joan & Monica Halliday plus Ronne Arnold in Sydney Australia. At seventeen, on winning Halliday’s Overseas Scholarship, she joined Rosella Hightower’s Professional Dance Troupe in Cannes, France. She was promoted to soloist at eighteen. This was a transformative time. Whilst in Europe, Beth also attended the Royal Ballet School, London and London Contemporary Dance School.

On returning to Australia Beth danced with various companies and projects. Her teaching career took off with what developed into a large school called ‘Beth Bluett’s School of Classical & Modern Dance.’ Beth continued to dance and during this time wrote a Christian Ballet Curriculum based predominantly on the training received in France plus expressive contemporary dance with a Judeo-Christian expression.

Later, Beth opened her own dance school in Toowoomba Qld. During this time she taught the Royal Academy of Dancing curriculum, then from 1992 the Vaganova Russian System. In 2004 Beth was inspired to re-open the curriculum she wrote, re-writing it in the light of her continued development & experience as a teacher & dance director, and registering it as the Trademarked “Living Dance International.” 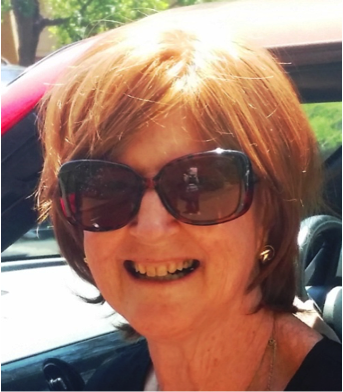 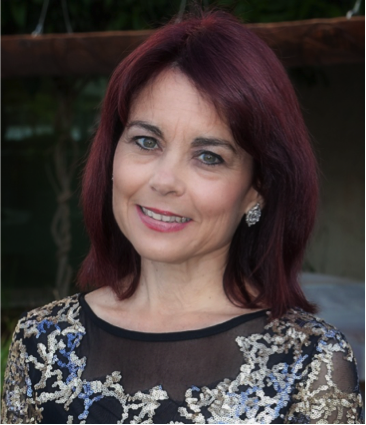 Sandra Godde is a widely travelled, independent dance artist, choreographer, teacher, and Director of dance schools and a semi professional dance company. After training with the Australian Ballet School and touring with the inaugural Dancers Company in 1980, she danced with The South Australian Ballet Co. in Adelaide.

Further dance pursuits include YWAM's School of Dramatic Dance (Canada) and performing throughout the USA; Principal of her own Dance School, Vive La Danse; Principal Teacher at Christian Outreach College, Academy of Dance, Brisbane; and she initiated her own School and Company, Excelsia Dance, in Brisbane in 2004. Sandra also does freelance teaching, examines for Living Dance, and has been involved in many Project Dance events in Sydney, Brisbane, and London since 2005. As a performer, she has danced in a myriad of diverse dance and theatre productions in Australia and overseas (predominantly in the US and Canada) for many years, ranging in venues from the Sydney Opera House to refugee camps in Central America. She has taught many workshops in conferences, guest taught for other dance schools, has been guest speaker at dance events, has published articles on the creative arts, and was the featured dancer in a short Australian dance film “The Last Tango in Sunnybank” by Rosetta Cook in 2009.

Her dance company, Excelsia Dance, is a group of professionally trained dancers who work together on a project-to-project basis. In the past Excelsia Dance has been a guest of Tabor College, Adelaide, toured a choreographic project around schools, and presented a theatre performance of Company works in Adelaide in 2005. They have also performed at fundraising events, conferences, and performed in their own productions. They performed at Priceless Life Centre’s fundraising event in 2005 and at The Body, Soul & Spirit Conference in Brisbane in 2006. In 2009 Excelsia Dance took a dance work “Unspeakable” (dealing with human trafficking) to New York to perform at a Women’s Conference and other events. Excelsia Dance also performed “The 2 Faces of Eve” at Brisbane’s Platform Shorts in 2012, and Sandra created “Self Aside” (a piece on narcissism) as guest choreographer for Sydney’s Platform Shorts, part of Sydney Fringe Festival in 2012. Sandra has also pursued an academic career, obtaining an Arts and Law Degree (with Honours) at University of Queensland. This was followed by a Master of Arts in Theology and her current position is as Theology Lecturer for a national Bible College. Still in her maturing years, she remains passionate about life and dance.

Michelle’s passion for classical ballet was fuelled whilst on a dance study tour of Moscow in 1984 during which she spent considerable time at the renowned Moiseyev School which specialises in character dance. Her classical dance and teaching skills were subsequently honed at the highly regarded Victorian College of the Arts. She was winner of the prestigious Pratt Scholarship in 1986. Her progress was rapid under the tutelage of Anne Woolliams. 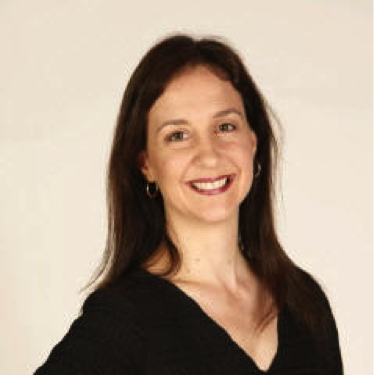 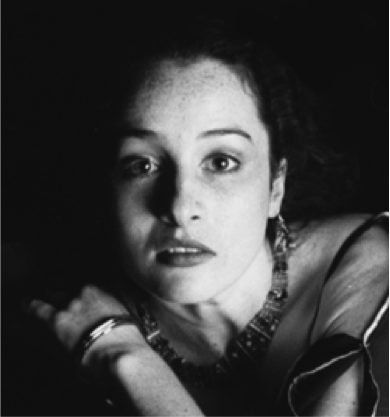 Nicola is trained in RAD ballet, Graham Technique, Release Technique, Jazz, Hip-Hop and Movement Meditation. In 1998 Nicola founded Mercury Dance Theatre (MDT) in London. MDT performed at music and dance Festivals throughout England, culminating in an independent London season in February 2000. After 6 years in London she returned to Sydney, Australia, choreographing and performing with Ask Dance Theatre, Stretch MK1 Theatre Co., Vibrant Dance Co., and One Vision Dance Co. She was on the dance faculty of Wesley Institute's degree programme from 2006 - 2008 and has also taught movement meditation and community dance.

In 2009 Nicola taught movement meditation to dancers and non-dancers at the International Christian Dance Conference in Scotland, from her recently released book "Vesa Nova Vol.1; movement meditation for body, mind and spirit. Biblically based exercises that anyone can do."

Nicola is director of Oasis Dance and Drama School Sydney.